Skip To Content
- Free Express Shipping On All Orders -

Discover more about the defining details and styles of the various periods our rings were created in, and then shop our well-crafted collections.

As a result of the time in which Georgian styles were crafted, they not only were incredibly labour-intensive to create, but also now rare in comparison to later eras. Throughout this period, rings were predominantly cast in silver, yellow gold, rose gold or less commonly red gold, and the practice of melting down out-of-fashion pieces and recycling the metal was common.

Most of the exquisitely complex details within the metalwork was achieved by hand; a technique called 'Repoussé', that was very popular at the time, entailed hammering malleable metal into intricate designs and patterns. This fine detail was then accompanied by a large stone to asset the wealth and status of the wearer. On occasion, gems were painted with a metal coating around the gemstone to enhance the stone’s brilliance, called 'foiling'.

An event that had an effect on this era's style was the excavation of Pompeii in around 1740, which ushered in the use of laurels, grape vines, leaves and keys as features of a ring's design. 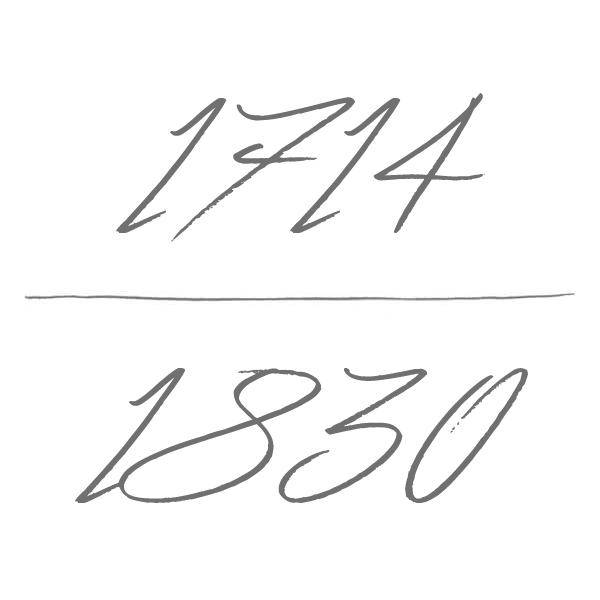 Much like the fashion and textiles of the same period, trends and styles in jewellery varied substantially during Queen Victoria's reign. The monarch's love for her husband, mourning of his death, and her later optimism for the future were defining moods reflected through designs of this era; in the coined 'Romantic', 'Grand' and 'Aesthetic' periods.

The 'Romantic' period was characterised by the expression of love; with 'REGARD' rings serving as equivalent of a bunch of flowers - comprised of Ruby, Emerald, Garnet, Amethyst, Ruby and Diamond. Another popular design was two hands clutching a stone; a symbol of friendship or companionship.

Echoing the sombre mood of Victoria, rings throughout the 'Grand' period were commonly featuring black gemstones such as onyx or jet, along with black enamel. Mourning rings grew in popularity; with the public desire to mimic their ruling sovereign.

An eye on the future influenced jewellery in the 'Aesthetic' period. In a break from solely focussing on the value of a stone, gems were used for their visual properties - for this reason rings became lighter and more practical in contrast to the heavy, chunky styles of the earlier periods. 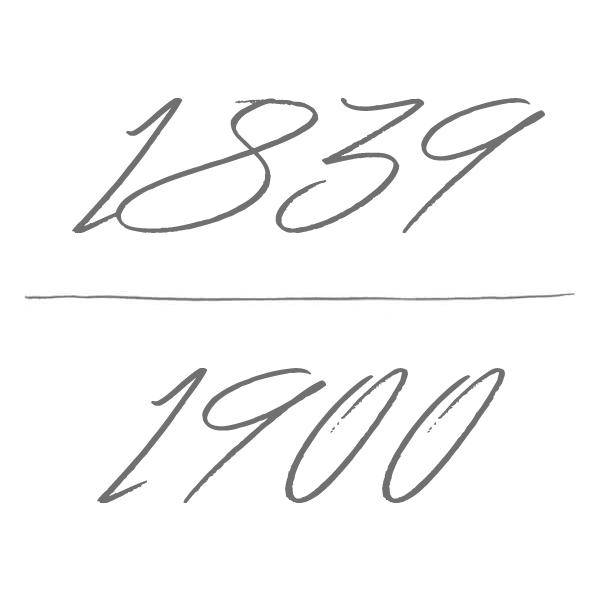 Featuring the garland and ribbon motif indicative of other jewellery of the same period, Edwardian rings were intended to enhance the elegance and perceived femininity of the women who wore it. The colour white, traditionally representing purity and innocence was incorporated within ring designs in the form of metals such as platinum and white gold, and gemstones like diamonds and lustrous pearls. This is also the period in which diamond engagement rings became popular within society, which has remained prevalent to this day.

Influenced by the reigning monarch King Edward's colour preferences; peridots, emeralds, green garnets and amethysts were generously inserted into designs for a vibrant contrast. Innovation in craftsmanship using platinum, pioneered by Cartier, allowed for more elaborate and intricate details, such 'filigree', 'millegrain' and 'fret work', that appear to imitate fine textiles of the era such as lace and silks. 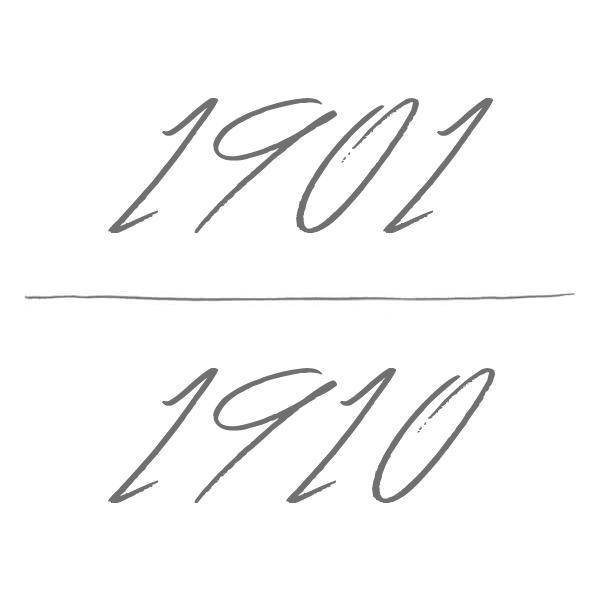 As the name suggests, Art Deco was coined due to the popularity and taste for decorative arts that was at its peak during the 1920s and 1930s. Moving away from the nature-inspired motifs of the previous periods, Art Deco strove for minimal details, maximum impact with the use of simple clean lines and geometric shapes, with bold colourful gemstones. Mirroring the modern art of it's time, designs were abstract and influenced by the discoveries of the time such as the discovery of Tutankhamun’s tomb in 1922, and etched with the craftsman's name in the fashion of an artist signing a painting.

Much like the other forms of design during the Art Deco period, jewellery was designed to compliment the sense of optimism and fun of the post-war 'roaring twenties', whilst also being practical and reflecting greater independence for women in society. Innovation also allowed for synthetic gemstones to be produced that rivalled their natural counterparts in brilliance and beauty. 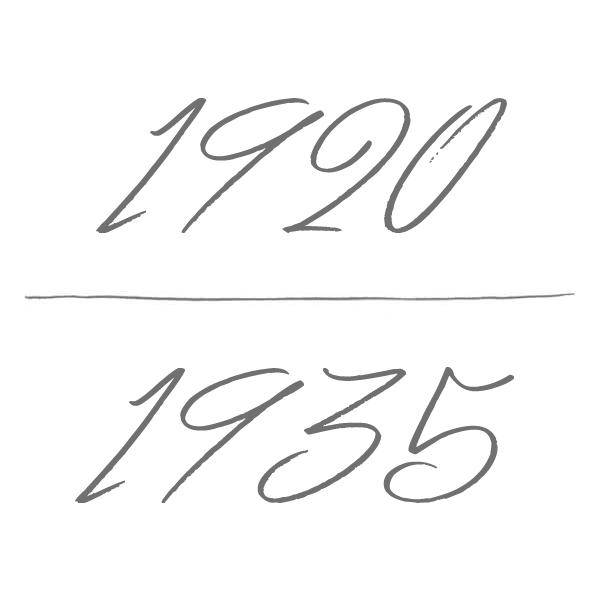 An era defined by the dramatic economic and social impact of the Second World War; ring-makers created styles using the limited materials and skilled labour they could source, along with utilising innovation to achieve more with less. Precious metals gained even more value in their limited supply, with platinum in some cases being completely prohibited from sale; this resulted in low carat alloys being used with more common metals such as copper or brass.

A setting technique called 'pavé' was popular during this time; which involves placing stones in small holes that have been drilled out on the surface of the metal. As-well as being used to create dense flower-like forms or domed 'bombé' shapes, the grouping of tiny gems sometimes created the illusion of one larger stone. Where precious gems were scarce, vibrant synthetic stones, or semi-precious stones such as were used as a substitute, as well as enameled metal which gave a needed injection of colour. 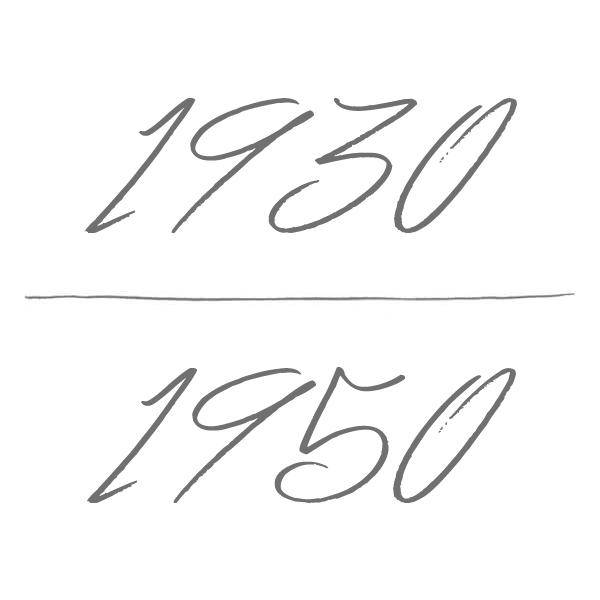